“I left for India at a time where there were media reports all over the world about the New Delhi gang rape case. It was brutal, insane and completely unacceptable.”

I was notified by a production house about the filming of a reality TV competition via email and was asked to send in my portfolio after they watched my documentary, Moris Mai – To Be Born, which was filmed entirely in East Timor. (Read up more about my documentary here: https://followmywanders.wordpress.com/2013/03/27/about-the-wanderer/)

Official Poster of Moris Mai – To Be Born

I felt that it was a great opportunity as I really love overseas filming assignments so I sent in my portfolio, along with the portfolio of my other teammates who were also involved in the documentary project.

Thereafter, I was informed that I made it to the top ten and FINALLY, down to the final four. This was what I received from the organizer. “I’m happy to inform you that you have been selected to be one of the 4 representatives from Singapore for CHANCE OF A LIFETIME.”

On 12 December 2012, I was informed by this international production house that I will be going to Mumbai in April 2013 to participate in the reality TV competition (Subsequently, it turned out to be Chennai, which they felt would be a better location for everyone).

The much-reported New Delhi gang rape case happened. What went through my mind was – “What is this? Should I still go to India? Will I be risking my life for this supposed CHANCE OF A LIFETIME?”

Because of this, I did not dare to tell my parents about the India trip. I was hoping that things would die down and there might be reports saying that HEY FOREIGNERS, INDIA IS ALL SAFE AND CLEAR NOW. Alas, that did not happen at all. In fact, things seem to get worse with more and more sensationalized news reports on rape and murder of women in India. There was even this unofficial statistic that one rape case happens in India every 20 minutes.

As a result, I decided to hide the fact that I will be going to India until weeks before I depart from Singapore. During this period of time, I was researching on India, checking out with local friends about the latest situation in the country and of course, keeping abreast of related news in the media.

Two weeks prior to my trip, almost all my colleagues knew that I will be going to India and many of them were rather astonished, I must say. I was bombarded with freaky statistics (of you know what) and extremely SINCERE well-wishes.

I am so glad that nothing unfortunate happened. In fact, I am so pleased with myself for being able to explore India in the way that I want to, complete the filming of the reality TV competition (I survived a reality TV show!!!) and ultimately, sharing my experiences over here.

YES, FOREIGNERS, CHENNAI IS VERY SAFE AND CLEAR NOW. I wouldn’t speak the same for all states in India as I have not visited them but for Chennai, it is just like Singapore (definitely not as clean) but safety wise, it is just the same. Boys and girls, the rule of thumb is not to go out at night all by yourself and watch your personal belongings. Do not put yourself in a vulnerable position and at the same time, do not be over-paranoid and keep thinking that you will be in danger.

I was in Chennai for a total of 21 days, which is pretty long for a foreigner. During these 21 days, I had to travel around the Tamil Nadu state, visiting all sorts of places – fishing village, slums, Silk Paradise Kanchipuram, Mahabalipuram etc (as you can tell from my previous blog posts). Most of the time, I was with a big group of people, like two sets of camera crew and my two other wonderful teammates (Gunjan aka my Didi and Omar). But there were occasions where we went out in twos (yes, me and another girl). Even though women’s social status is still rather lowly regarded in India but most of the men here are very polite towards women, especially foreigners.

Being a foreigner in India, do not be alarmed if you are being stopped by men. They mean no harm. (I have checked this with other friends who have visited India and nothing unpleasant has happened from these “photo stops”.) They just wanna take pictures with you! It is not that common for some of them to see foreigners especially if they have been in their tiny village their entire life. So the entire community may just swarm out and talk to you. Just take photos with them or take photos OF them and show it to them They will be more than happy. And if you would like to take photos of them, just ask politely and this is what you will get. 🙂

Getting so excited being photographed!

We gave the baby some toys! 🙂 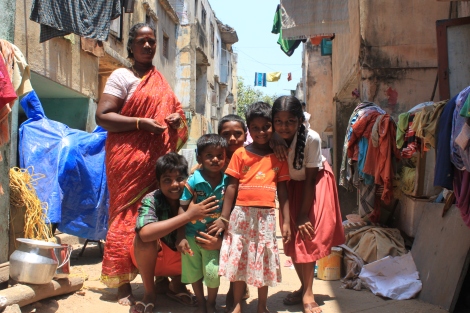 Asking their mother to take photos with them! 🙂

Men outside the flower market 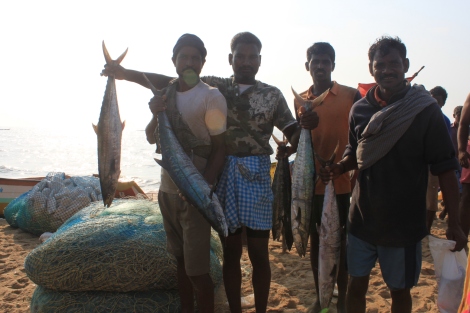 Fishermen @ Marina Beach who just stopped when they saw my camera and they started posing with their catch! 🙂

Well, this has been a pretty lengthy post! Thought it will be nice for me to share my personal take on this place. 🙂

In my next post, I will share something that happened to me which turned out to be one of the most memorable experiences from this entire trip in India. 🙂

I am a Bilingual Travel Writer, TV Producer, Events Emcee and Radio Deejay from Singapore. Even though I have just started on this travel blog, I am honored to be sponsored by many different organisations for product launches and overseas trips. Thank you for the support towards Follow My Wanders. Hope you enjoy reading my articles!

Search for other wanders

Welcome to my blog! 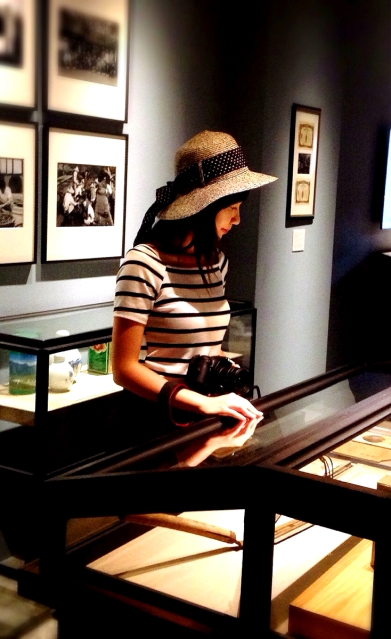 Hi, I am Tina, a lifestyle blogger from Singapore. I enjoy blogging on beauty events, food reviews and my travels around the world. Feel free to click on the photo above to read up more on the things that I do or to email me for potential collaborations. Hope you enjoy reading my posts!

[tina.jingting@gmail.com]
I will reply to your mail as soon as possible. 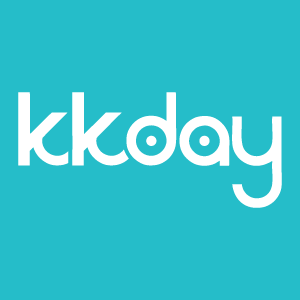 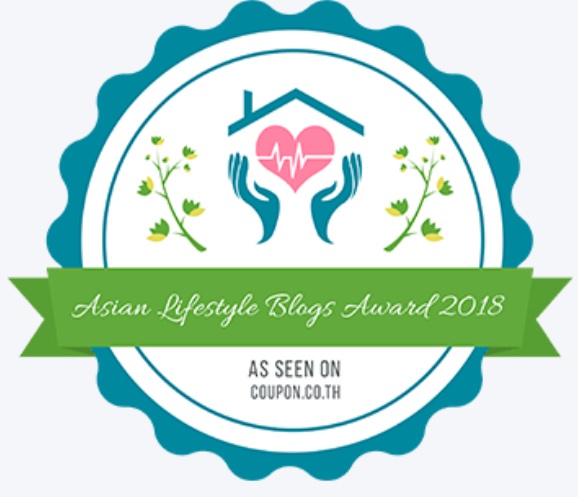